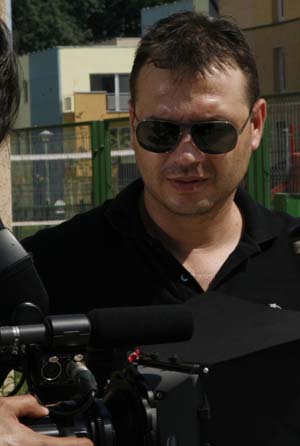 Sorin Popescu - A radio ad is cheap to produce in Romania, but a good one needs to be top quality

AdHugger: How does a Romanian production house survives during economical crisis? Which was, for you, the solution?
Sorin Popescu: It is complicated with the crisis. In fact, I think it is complicated for everyone around us. To be able to survive, you have to make 3-4 simple steps:
1. You must be attentive to all expenses – you’d be surprised to see how much money can be saved here
2. You have to adjust downwards all the prices
3. You must have better and better services – although the prices are smaller, at least in our domain, the quality increased visibly
4. You must be very attentive to client’s needs, as here there’s no place for error

AdH: What do you produce most? Radio, TV or new tech?
S.P.: We are working a lot for radio. I avoided making big ads productions and we tried to position ourselves somewhere in the most complex and worst paid area :) About new technologies, I can say that, lately, we did some movies for Aurasma app, used for mobiles…This is a start, I think.

AdH: Recent statistics released on Romanian market say that radio “died” and the number of ads for this medium decreases. Is it true? Does this reflect in your activity?
S.P.: I don’t know if radio is dying…I think that, always, a good ad made by a production house wouldn’t ever be equaled by an ad made “in house” directly by radio stations… About media volumes, I can’t comment because they aren’t directly related to our activity. But the radio volumes are far away from “dying”.

AdH: What is involved in making a Radio ad and which are the min and max prices for such an ad, in Romania?
S.P.: I just enumerated the needed elements. When it comes of costs for producing a Radio ad in Romania, they are of a couple hundred Euros and can increase once with getting a special voice or with the increase in numbers of voice overs needed. Anyway, a radio ad rarely costs more than Euro 600. When talking about a minimum price, if you use an internal voice and service an old client, the costs can be as small as Euro 100-200.

AdH: You’re the studio that entered the market with Aurasma. How do you think the future looks alike for this technology? Do you think we’re assisting to a trend of the moment or you believe it’s going to be a surge in numbers of ads developed with this tech, considering also the increase of smartphones numbers on Romanian market?
S.P.: For sure, the interactive apps or the dynamic ones will attract users attention. The QR codes are already something usual, a part of daily life. Why wouldn’t Aurasma became something similar?

AdH: What do you think there will be, in the next couple years, the activities the production houses will be most demanded for?
S.P.: I don’t think future will bring too many changes for production houses. Maybe just the approach. For example, I think there will be more and more clips for Internet – that will continue to be actual clips, but tailored for a different impact and for another budget. Much smaller budget

AdH: Internationally, there is a trend towards animations and content generated on computer. Is this trend also present on Romanian market?
S.P.: As far as I know, no. That because, for now, in Romania, the budgets used for production are pretty small. Of course, the exception is represented by large ads, but they just happen couple times a year

AdH: What are your financial objectives for 2012?
S.P.: It is hard to say what’s expecting us on the financial side :)  But I do hope we will maintain to the same level we had in 2011, from turnover point of view

AdH: Which are the projects you like the most to work on during last year and why?
S.P.: It is hard to single out the most liked projects. It is hard to say because I like to get involved in all my projects. Maybe I did treated with a bit more “attention” the Aurasma idea as it is something new and I was somewhat stepping on “virgin grounds”